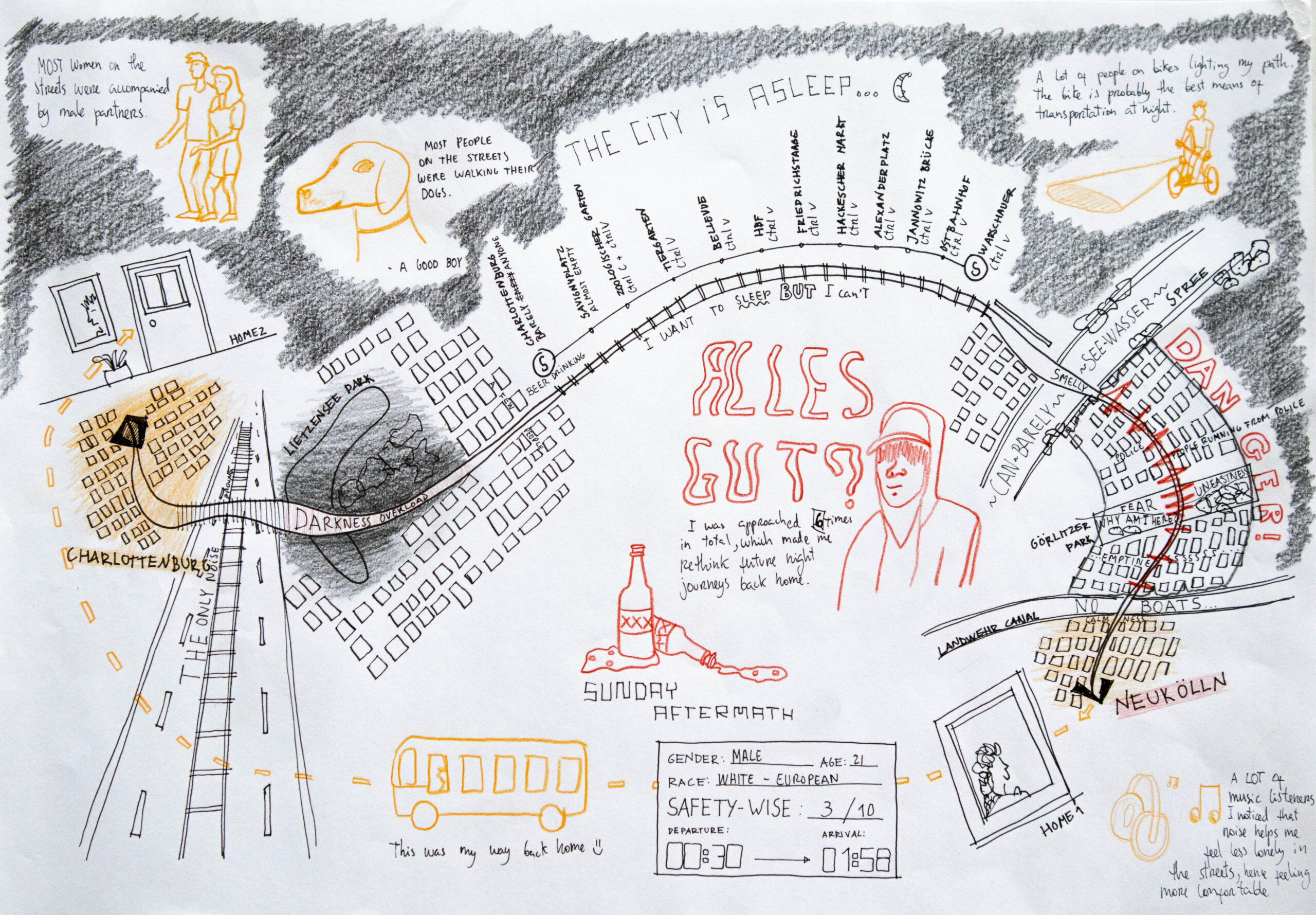 Back to the Streets

Urban/Pedestrian safety is still something that varies from person to person. We are not going back to normal. We are just going back to the streets.
Mapping perceptions through the senses of two different people. Different genders. Different backgrounds. Different religions. Different languages. Two characters walking alone in Berlin.
Same route. Two ways. Day. Night.
The rules were to experience the urban block, the urban park, and public transportation while recording it all. 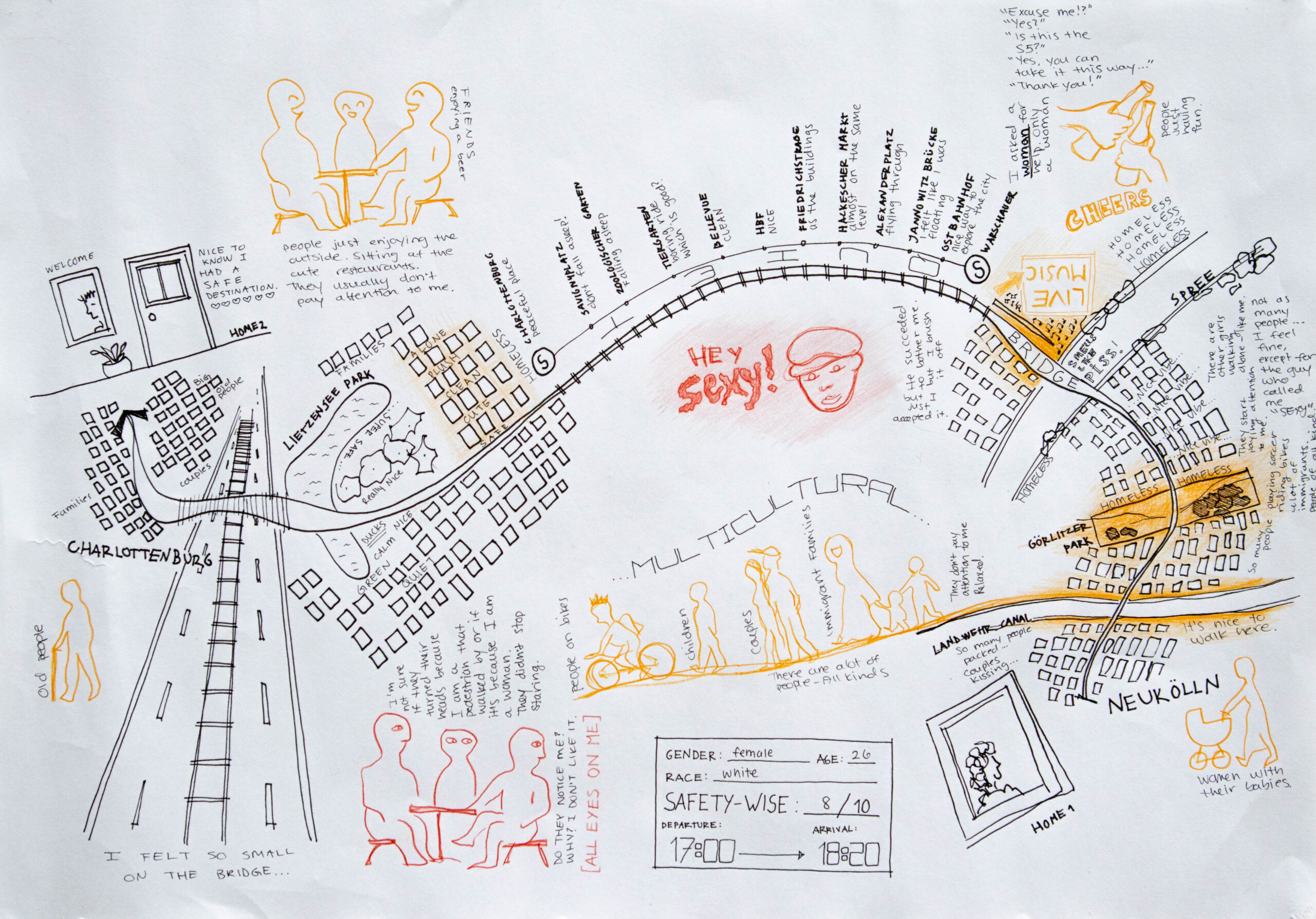 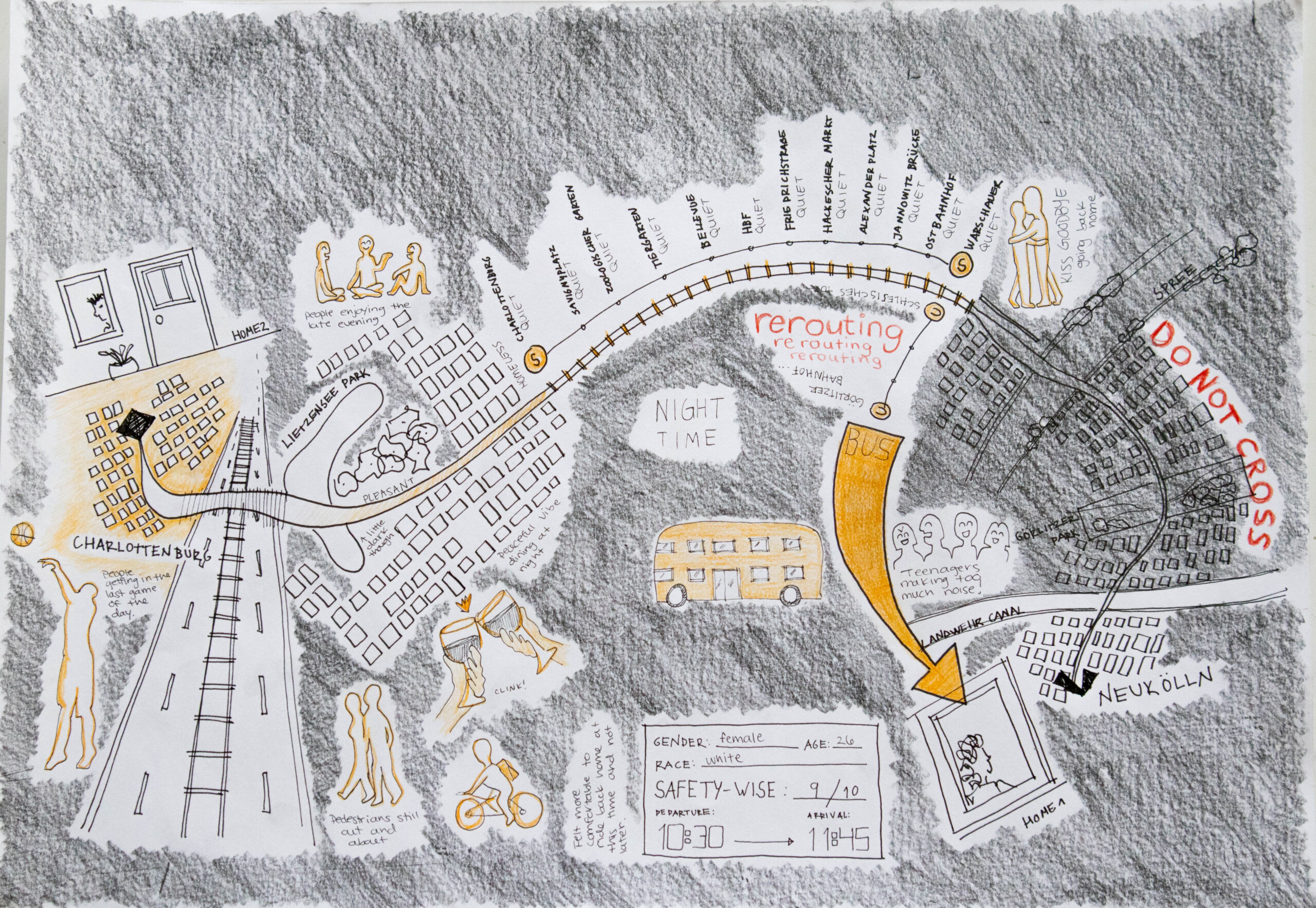 Traveling across Berlin from Neuköllnto Charlottenburg and back was overall a nice experience. It was exciting to see people from all races and genders enjoying the good weather together after months of quarantine. I felt a genuinely happy vibe floating around while strolling the streets.
Despite the pleasant atmospheres, I could not avoid raising my awareness as I was walking alone. This sense does not ruin my journey, but it did make me more alert to figures who are staring or catcalling, even during the day.
At night when traveling back home, I did go out of my way and took a different route for the sake of feeling safer. I avoided GörlitzerPark, as I heard Vicente had a less-enjoyable time there and did not want to experience the same.
We had to walk through a park, an urban block, and take public transportation. All three elements each had a unique ambiance. Each neighborhoodgreeted me with different feelings. In a span of nearly an hour and a half, I saw a city. It is just a shame that I must take an extra step sometimes to feel safe.

This is my unchanging normal. 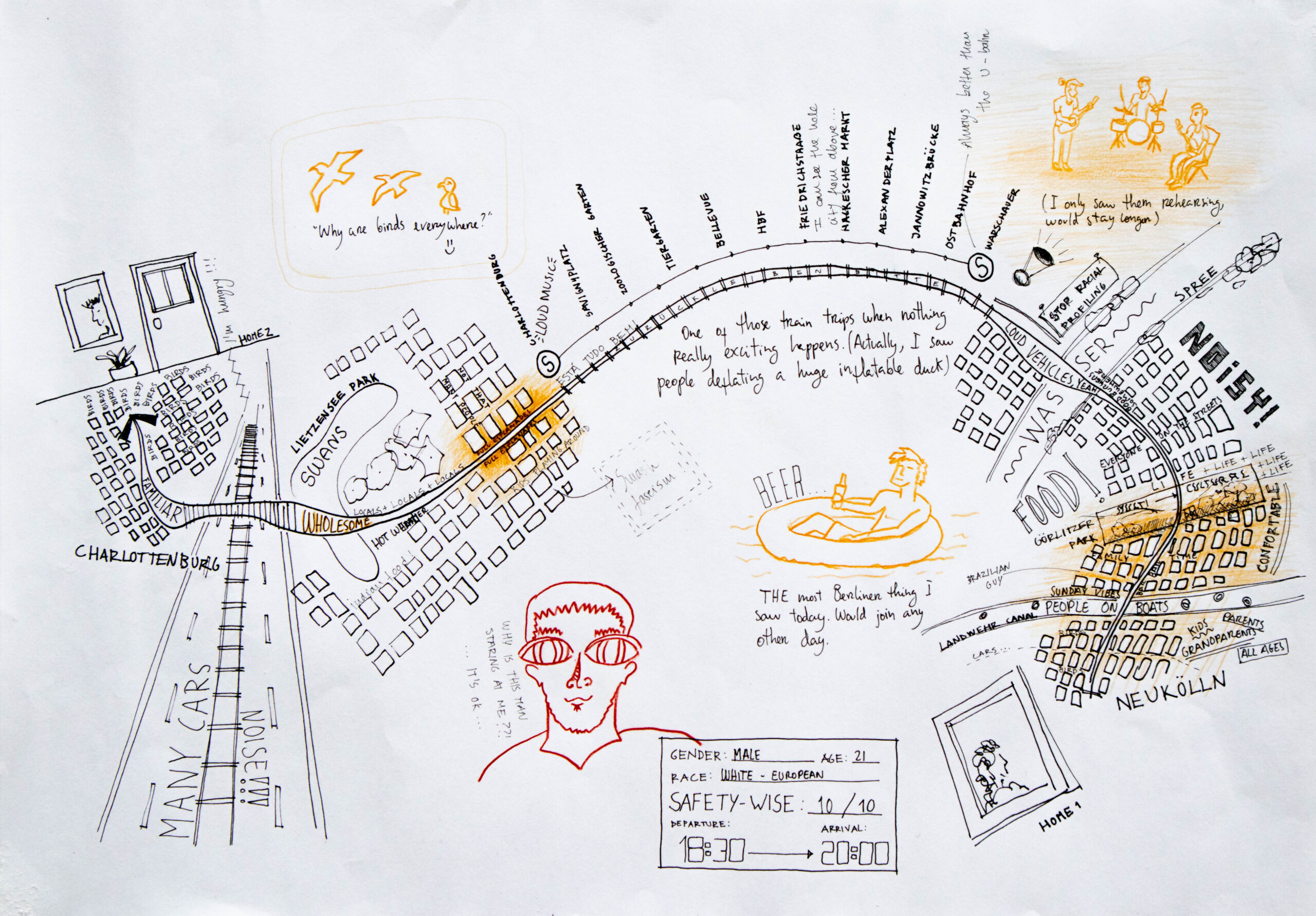 For as long as I can remember, I’ve alwayscame home comfortably after a late dinner at a friend’s place or a night out at a bar downtown. Knowing that I’d arrive home safe and sound was a given for almost all my life while my role in the streets was also hardly ever questioned. How I feel outside is tightly linked to my background, to my ethnicity and to my gender, just to name a few.
This exercise made me not only be aware of my surroundings and my overall comfort in the streets, but also how my presence affected the experience of others. Knowing that Jordan would follow a similar path at a similar time, all of the details of my environment were carefully questioned as if it was also my responsibility to better her own well being in it, which it is.
During the day route, I could rely on sunlight, on joyful families going for a weekend stroll near the canals, road noise and full esplanades. At night, my dependency on those elements was strongly felt as I walked through the streets of Neuköllnalone and resisting to using public transportation. The exact same streets that transpired the plentifulness and ease of Summer a few hours prior were now a place I wouldn’t return to during late hours. The sunny parks were somehow invaded by complete darkness and quietness, the busy streets were a place where you’d cross paths with another person quite rarely.
My takes from this have redefined not only the way I travel across the city, but also my responsibilities while doing so, in order that the streets can be a safe place for everyone at all times.